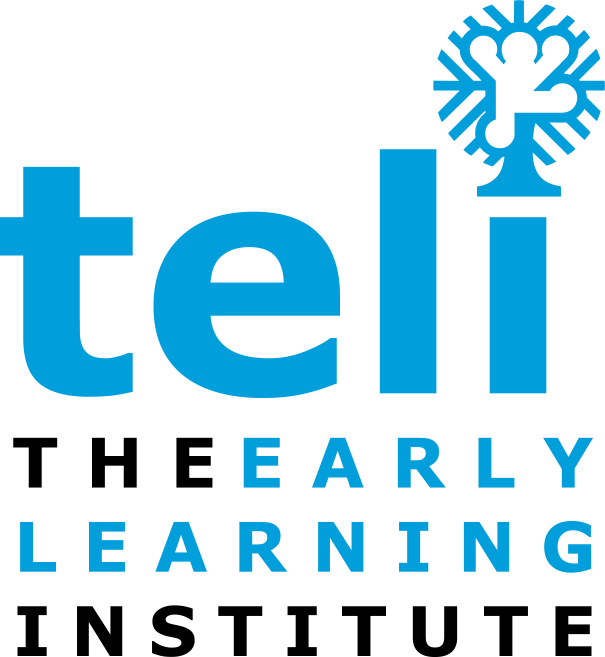 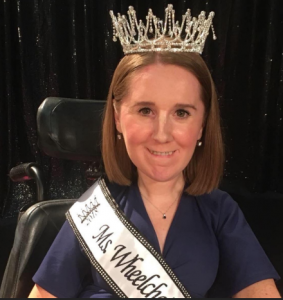 In July of 2018, Heather Tomko of Whitehall, south of Pittsburgh, was crowned Ms. Wheelchair USA.  While she never imagined she would win when a college friend suggested she enter, Heather finds herself in a fantastic position to tell her story and raise awareness of people with disabilities.

At the young age of one, Heather was diagnosed with Spinal Muscular Atrophy (SMA) Type II when her parents raised their concern to her pediatrician that she was not crawling or able to move similarly to her peer group. A genetic disease caused by a recessive gene in both of her parents, SMA is a neuromuscular disorder that affects motor neurons in the spinal cord causing progressive muscle degeneration and weakness. It is a very rare disease affecting fewer than 20,000 children per year in the USA.

Heather’s parents immediately searched for supports for their child, found teli and began to receive Early Intervention (EI) services.  teli was one of the first agencies in the Pittsburgh area to provide these services through federal funds authorized by Congress in 1986 under the Individuals with Disabilities Education Act (IDEA). Importantly, funding was approved as “an urgent and substantial need” to minimize developmental delays while enhancing the lives of challenged infants and toddlers by providing intensive therapeutic intervention in the first three years of life.

“I was too young to remember,” says Heather, “but my Mom remembers traveling to teli’s Center based program in the South Hills to receive Occupational, Physical and Speech Therapy.”  Heather received Early Intervention Services through age 3, at which point she transitioned to outpatient services through middle school.  “That early start was important to get me on the right road for the future. As I got older, I was able to reduce the amount of therapy.”

Heather’s Goals and the Importance of Advocacy

To realize that future, Heather credits her parents for instilling in her the importance of academics and establishing friendships to be like any other student vs focusing on her disability. “I am not saying my disability wasn’t a big part of my life but it wasn’t the only focus. I had my school work, I wanted to go to college. I had a great group of friends with whom I still keep in touch.  I never had the feeling I didn’t fit in.  I went to a normal public school and I did the normal things that kids that age did.”

But Heather and her family had to be strong advocates to make sure her accessibility was not hampered as she became “one of the gang”.  “I rode the bus like everyone else, but we had to work with the district to be sure it was an accessible bus. I needed an elevator and the district complied.  The American Disabilities Act had just been passed in 1990 and the phased construction of those accessibility components such as ramps, elevators etc.  was still underway.  But we were persistent.”

Heather’s perseverance resulted in goals like every other high school student. Her goal was to go to college and study engineering, an academic focus served her well with acceptance into Carnegie Mellon University School of Engineering. “It was quite a learning curve to be living on my own. The university had numerous disability service tools and suggestions that helped me navigate my college years. My parents were a big support. They always encouraged me to take on a challenge that I believe in. And it also helps that I am stubborn by nature!”

Heather graduated with degrees in mechanical and biomedical engineering. She now works as a research coordinator at the University of Pittsburgh Graduate School of Public Health and is close to completing her Master’s Degree in Public Health. Her intent is to make an impact for the disabled by combining her interests to ensure that there is a voice. “I want to be sure to fight the battles that need to be fought to ensure access is not an obstacle for another person,” explains Heather.  “The future really excites me! “ 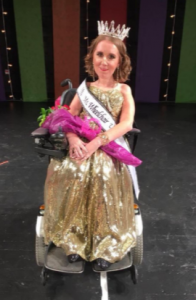 Another way in which she is being sure that her voice is heard is through her recent crowning as Ms. Wheelchair USA.  Heather has begun to interact with a variety of people such as legislators and officials as well as business leaders and advocacy groups, allowing Heather to have opportunities to raise awareness. “I have been doing a lot behind the scenes with a particular focus on raising the issue of day to day accessibility in the area of transportation and parking, to try to impress upon people the value of “prior planning” of accessible elements rather than thinking about them after the fact. In addition, I also reinforce the importance of those accessibility elements to ensure that people with disabilities are not isolated purely because they “can’t get there” because no one thought about their situation.”

When asked about advice for others like herself and her parents, Heather suggests “Advocacy is important, you may need to ask multiple times to drive home your point, but the difference it can make can be enormous.” Along with that piece of advice is something she has said all along.” Don’t focus on your disability, it is a part of your life but don’t dwell on it, live your life no matter the challenges.”  Not bad advice for everyone, not just people with disabilities.

Check out Heather’s Blog  www.theheatherreport.com to learn more about her journey!!

And learn more about teli’s Early Intervention services or call 412-922-8322 to get started!

Previous PostAn Early Intervention Guide for Grandparents and ParentsNext PostHow Do I Potty Train My Child? 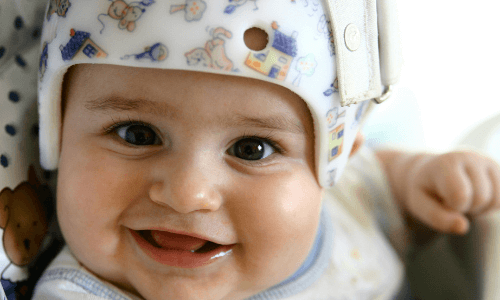 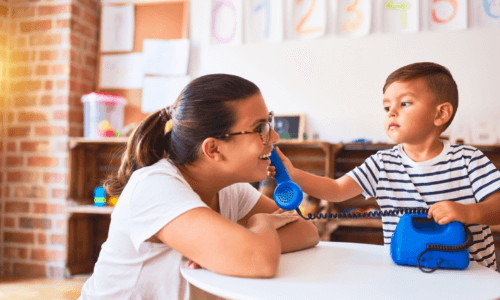